Most Popular in Wrangler Differentials

What Types of Differentials are Available for My Wrangler? 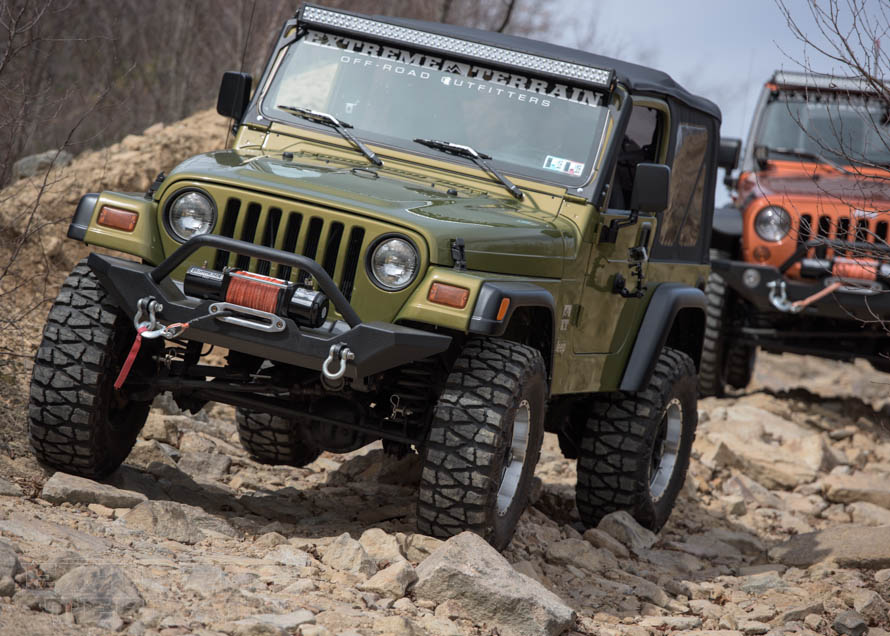 Most stock Wranglers are equipped with an open differential which works extremely well until you get stuck because only one wheel will be spinning. This is where it’s useful to have lockers for your Wrangler. There are also limited slip and spool type Jeep differentials. All have their own benefits.

Getting over tough obstacles and rugged terrain requires the right setup. Equip you Jeep with lockers and a solid limited slip differential to conquer whatever is in your way.

Open differentials come stock on most Wranglers, and they are gearboxes designed to allow one wheel to rotate faster or slower than the other when turning. This helps prevent your wheels from hopping around turns, wearing out your tires faster, and causing you to lose traction. How this works is when you are driving normally and you take a turn, your outside wheels will want to turn faster because it has to travel farther than your inside tires.

This system works best when both wheels have an even amount of traction which is easy on pavement. However, when you are off-road it is easy for one wheel to have more traction than the other causing one to spin and the other to act like a limp noodle. 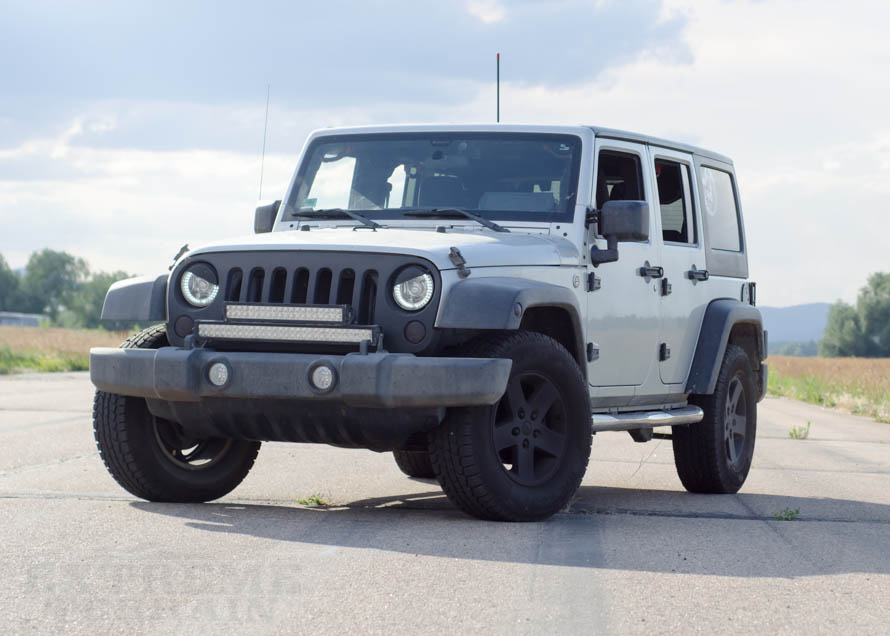 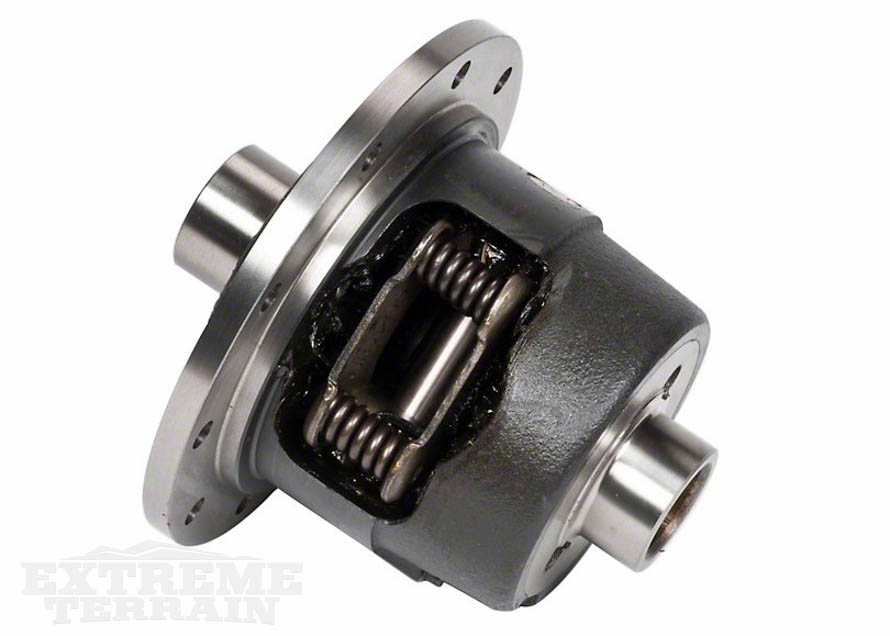 What is a Jeep Locker or Spool?

A Jeep Wrangler locker or locking differential, is designed to “lock” both wheels of the same axle together so they both move at the same speed with the same amount of force. Without a locker it would be difficult to do any rock crawling due to there would almost never be an even amount of traction. This is thanks to rocks being different shapes, sizes, textures, and some may have dirt covering parts of them making for a very slippery surface.

There are two ways to convert to a spool/locker type differential. There’s the full spool which replaces the entire ring gear carrier, and a mini spool which fits inside of the existing ring gear carrier replacing the spider gear assembly. Both forms have the same effect. A locker should not be used in vehicles that are intended for anything other than drag racing or extreme off-roading. However, there are two main kinds of lockers for Jeeps (automatic and selectable) which have their own pros and cons (and can beat back the off-road only tag). 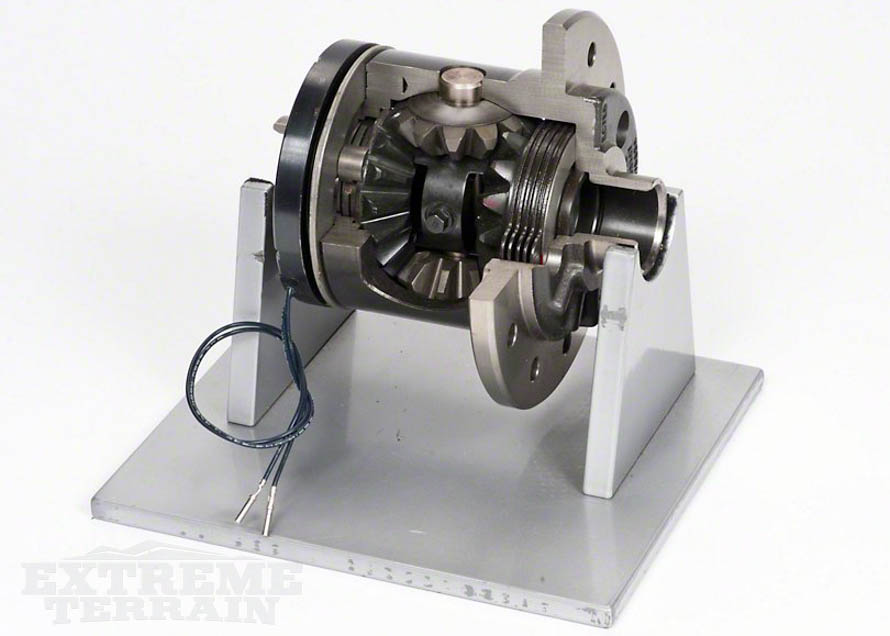 Pros and Cons to Automatic Lockers

Pros and Cons to Selectable Lockers

What are Jeep Lockers Used For?

Jeep lockers are most useful in situations like rock crawling, self-recovery, and the recovery of others. In rock crawling, you are likely to have a lot of changes in traction between different rocks and angles, so it is possible the wrong wheel could start spinning. Another possible situation in rock crawling is if your Wrangler doesn’t have enough articulation causing a wheel to lift off the ground. Lockers are designed to give you more traction when you need it, whether you are off-road or just pulling a friend out of a ditch. 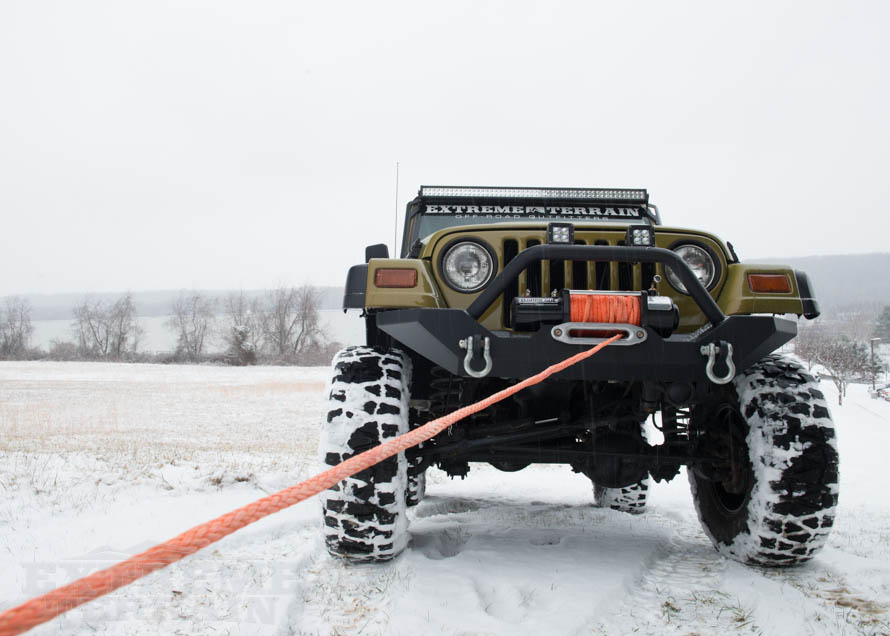 Do Jeeps Have Locking Differentials Stock?

Unless you have a Rubicon, odds are you have an open differential. Although, JKs will have a brake lock differential if they didn't come with lockers. BLDs are a substitute for lockers with their own benefits and disadvantages. BLDs rely on the braking system to simulate how a locker works. Submodels such as the Sahara and the Sport S had the option of a limited slip differential from the factory.

Jim H, 2010 Jeep Wrangler JK Web Development
My dad would always take me trail riding in the Pine Barrens as a kid when I lived in South Jersey, so I’ve always been into four wheel drive trucks and Jeeps. When the time came for me to get a vehicle, I picked up an old Cherokee. I still have that old Jeep strictly for offroading, but after a few...
Previous Slide Next Slide SEE ALL PROFILES