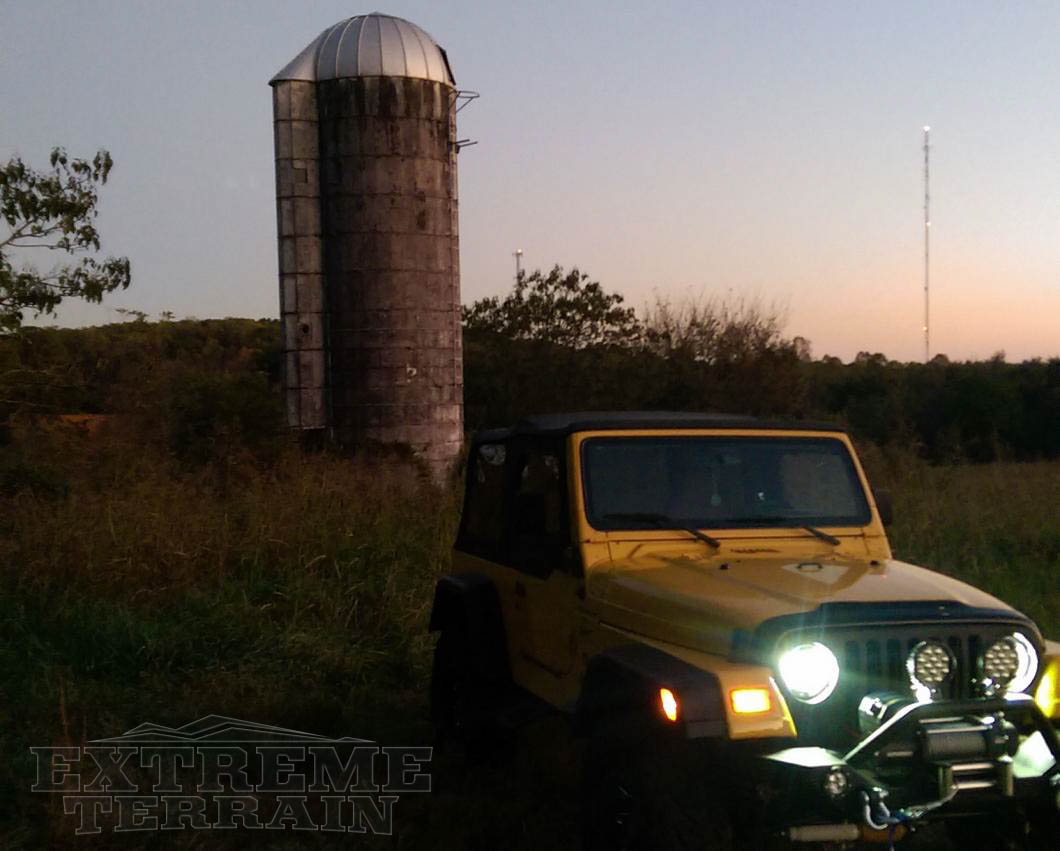 Perhaps the most iconic car brand over the past century, Jeep has remained a durable vehicle capable of overcoming any obstacle that comes in its path. After major improvements in the Jeep YJ series (1987-1995), the Jeep TJ generation (1996-2006) took our hearts by storm. Returning to Jeep’s CJ off-roading roots and incorporating the creature comforts of the YJ generation, the Jeep TJ seemed like the perfect combination of off-roading, sport, and family comfort. The towing capacity also increased by 300 lbs. over the YJ to 2500 lbs. With its radical transformation in 1996, the Jeep TJ has been regarded as one of the most beloved generations of auto-manufacturing, period. Here, we’ll discuss what you need to know about your Jeep Wrangler TJ and ways to improve its performance. We’ll also talk about the beloved TJ Rubicon and its short-lived competitor, the rugged Jeep Wrangler Unlimited or LJ.

TJs are beloved for their ability to take on the unknown, and thankfully this has only improved as the aftermarket advances. As the community has learned more about the TJ's capabilities, the aftermarket has adapted to get even more from the platform. With boundless options of appearances, performance, and protection to choose from, there are unlimited options to personalize your TJ Jeep.

The Jeep TJ: the Favorite Child

It’s been said parents often love their first or their last child the most. For Jeep owners, nothing could be further from the truth. Unlike the YJ generation’s clunky first edition models and the ongoing debate surrounding Jeep’s newest generation of Wranglers, the TJ series seems to be universally loved. Who knew the middle child would get the most affection?

Two radical transformations marked the TJ generation. First, Jeep would eventually drop AMC engine parts and accessories from its manufacturing line. Secondly, and most importantly, 1996 Wrangler models would bring back the famous round headlights that so many Jeepers missed. Improvements on Wrangler suspension components, transmission, and T-cases, all of which had their flaws during the YJ generation, along with other revolutionary changes would mark this amazing Wrangler evolution including: 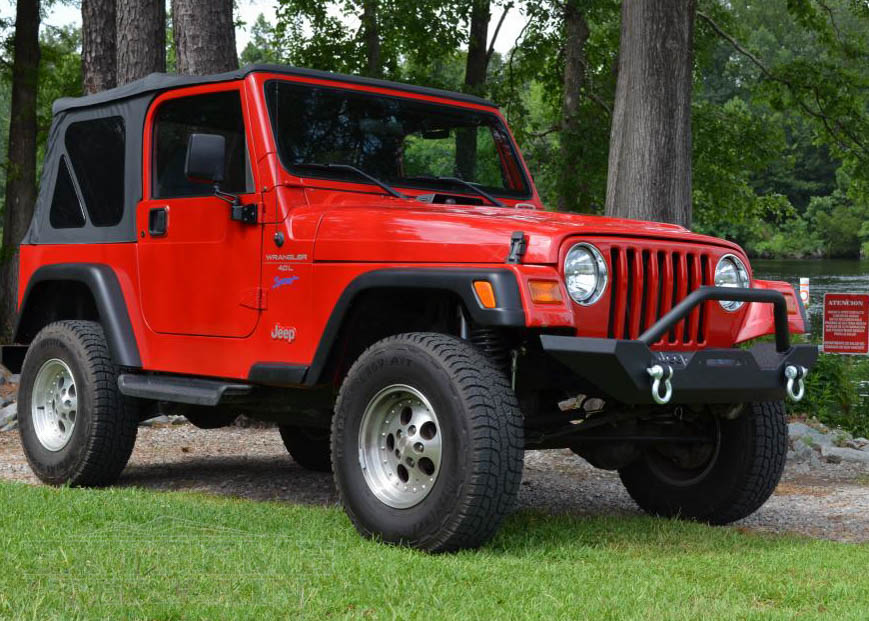 While your four-cylinder engine runs well, it’s not meant to handle transmission upgrades or aftermarket alterations. Four-cylinder replacements can also be very expensive; it’s almost cheaper to replace it with a V6 or V8.

While the DOHC 2.4L engine may have been cheaper, it couldn’t handle aftermarket upgrades to your suspension system or tires like a 4.0L could. Jeep also introduced the NSG 370 six-speed transmission in 2005. While faster, it had less torque than its predecessors. 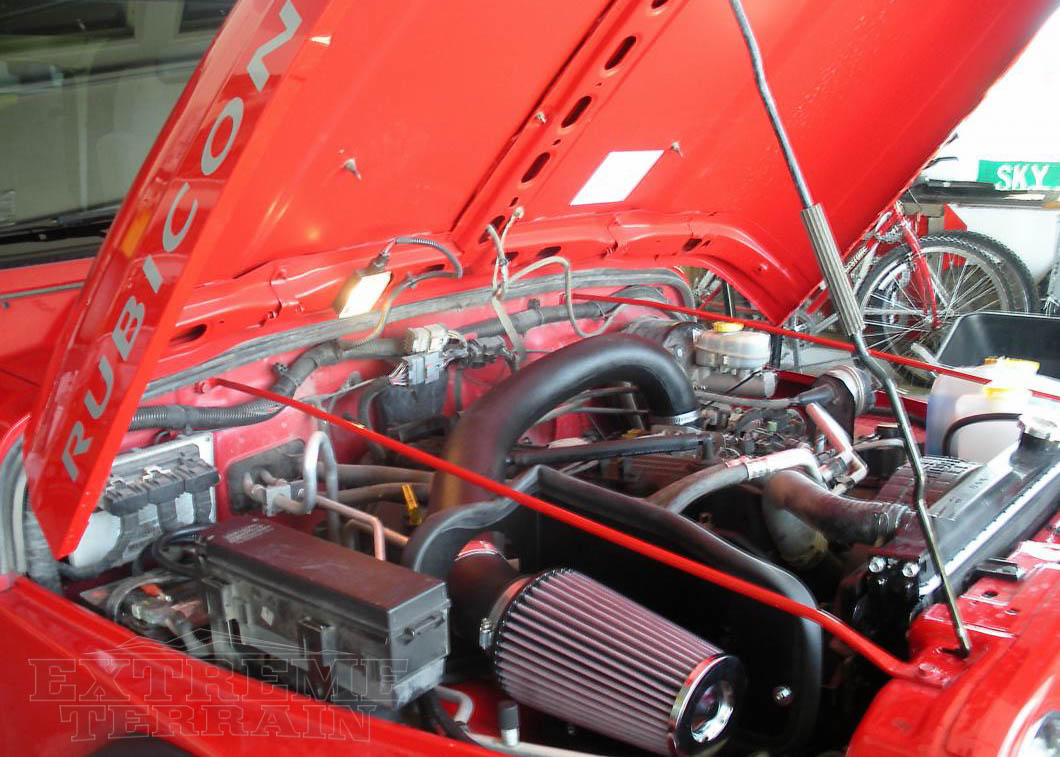 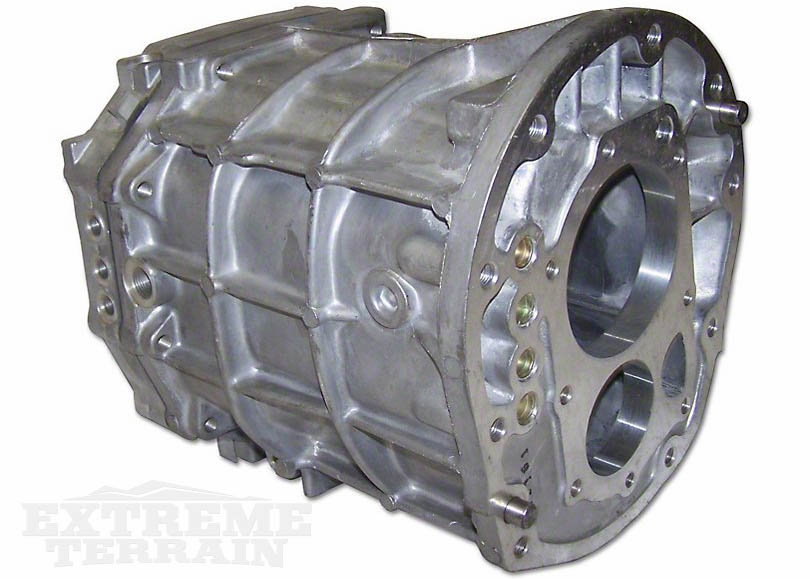 Perhaps you own a Jeep Wrangler TJ Sahara or a Sport edition, but if there’s one Jeep you ever wanted to own, it was the Rubicon TJ. Designed for rock climbing and traversing the mountainside, the Rubicon was the most ultimate off-roading vehicle ever created. Available between 2003 and 2005, the Jeep Rubicon was one of the hottest selling Jeep’s ever and forever remains a classic to this day.

The Wrangler Unlimited edition or LJ was introduced in 2004 with an improved suspension, lift, and off-roading capabilities. If you had the money the Jeep Unlimited Edition was worth the features. 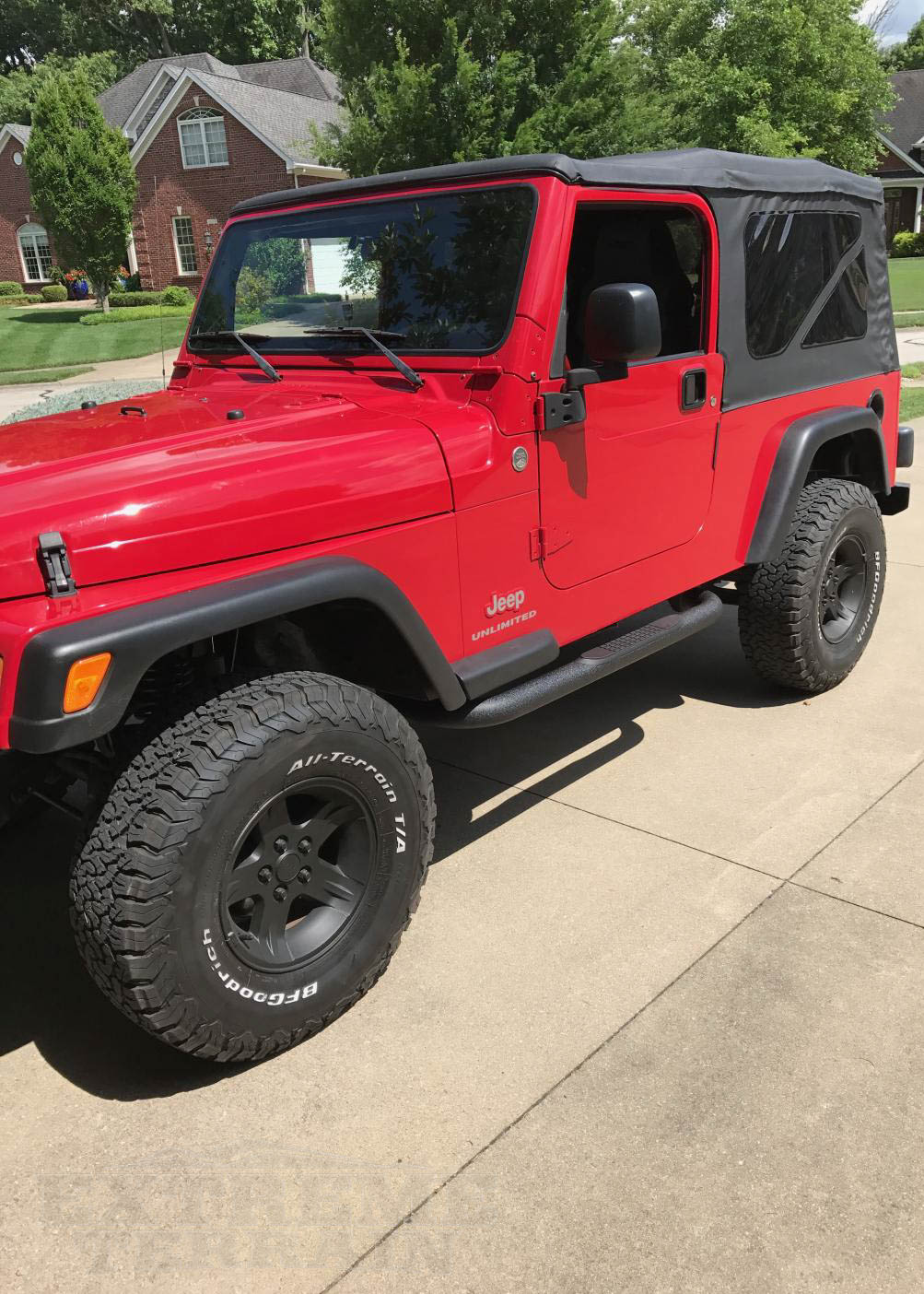 If you’re wondering whether to get the Jeep TJ Rubicon or the Wrangler LJ Jeep has made the decision a lot easier. Picture the same improvements from the Jeep Wrangler LJ with these added features:

The Rubicon Limited Edition had the greatest towing capacity and off-roading angles of any Jeep from this generation. Well worth its expensive price tag, you won't be surprised to find these machines still crawling the mountainsides and rumbling down the highways.

Choosing between a Rubicon, LJ model, or a Rubicon LJ all comes down to how much you're willing to pay. The Rubicon LJ doesn’t require many upgrades to keep it in tip-top shape while the standard Rubicon and Wrangler LJ could use some quick restoration and aftermarket accessories to make them howl again. 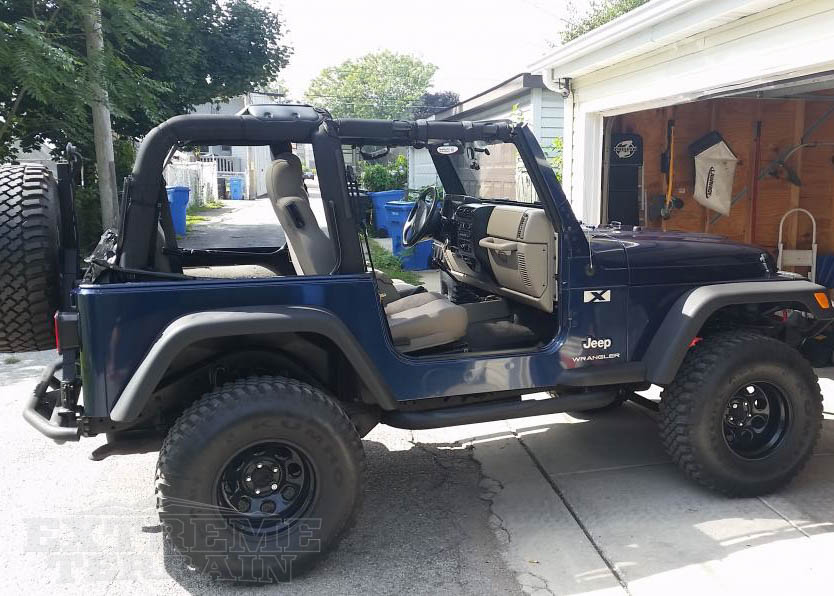 The Wrangler TJ had some problems of its own. Being over a decade old (maybe even two), many TJs have begun to suffer from cosmetic and engine problems that could seriously affect your restoration. Here are some of the most common problems associated with aging Jeep Wranglers from 1997-2006.

Unfortunately, many parts are simply bound to degrade that you’ll be liable to replace. It’s key to check up on these common problems to avoid costly repair or increase your risk of an accident. There are many aftermarket accessories you can use to improve the longevity of many aging parts on your Wrangler TJ. 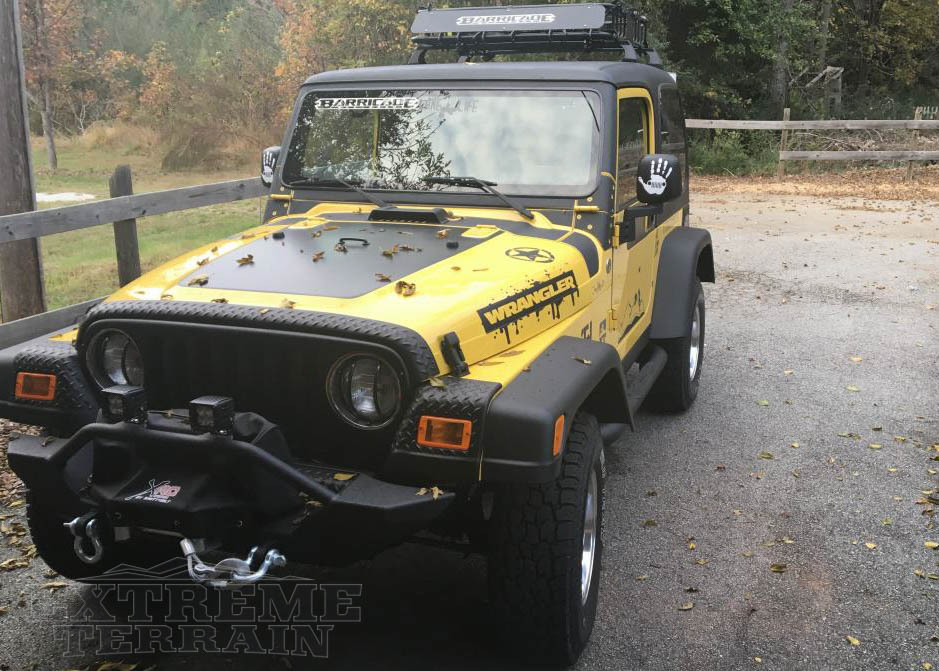