The 2017 Toyota Tacoma gets a big increase in off-road capability thanks to the revival of the TRD Pro package. Trucks optioned with this package receive a TRD Pro front skid plate, LED fog lights, TRD black wheels and, most importantly, Fox internal bypass shocks. Other than this, the 2017 model remains more or less the same since its refresh the year priuor. This means the 2.7L inline four-cylinder is still the base engine, rated at 159 horsepower and 180 lb-ft of torque. Most Tacomas roll off the factory floor with the 3.5L V-6 engine, as its 278 horsepower and 265 lb-ft of torque are much more condusive to working or off-roading. Equipment level dependent, max tow rating for the 2017 Tacoma is set at 6800 lbs.

Upgrading the upper control arms is not often thought of but is actually quite useful for off-road loving Tacomas. Revised upper control arm geometry allows for better suspension articulation, meaning you can oush the Tacoma further before maxing out or binding the front suspension. Further, new upper control arms are often built specifically to accomodate and work with a lifted truck, again featuring re-engineered geomtry to provide more clearance within the wheelwell while maintaining the proper angles as to not wear out any steering components. Aftermarket upper control arms are feature a forged or tubular construction, which makes them incredibly strong as compared to the stock pieces. Some control arms even offer camber and caster adjustment, making it easy to precisely dial in just how you want the tires to sit. Likely an underrated component, when installed on a 2017 Toyota Tacoma, aftermarket control arms can really improve off-road ability thanks to the better articulation and space now found within the wheel area.

Installing a set of aftermarket fender flares is an easy way to net your 2017 Tacoma a bold new look.

With many different styles to choose from, it is important to analyze ahead of time what your objective is. If it is to simply change up the appearance of the truck and give it a Baja-esque vibe, then really the sky is the limit. However, if you plan on running larger tires (or already are), you need to check how much tire coverage each set will give. It is illegal in many jurisdictions to have the tire stick out past the fender lip, and thereby fender flares are the perfect solution to this issue. At the extreme end of the spectrum, some fender flares can add an extra 3-4" of additional tire coverage (and of course, with a flare like this, it will look absolutely menacing). Regarding construction, fender flares all share the same basics. ABS plastic is the norm, as it has great exterior wear qualities and impact resistance - an important trait for a piece that is likely to see a lot of trail brush and road debris due to its placement. Fender flares are nearly always shipped unpainted in their natural black finish, which most owners leave as it gives the classic rugged off-road vibe. Nonetheless, ABS plastic can easily be prepped and painted to match the color of the truck.

While on the topic of tire and fender coverage, pairing a set of mud and splash guards with a set of fender flares gives a powerful combination in controlling mud and road splash. AFtermarket mud guards come in two flavors: universal and molded. The former are certainly the less expensive of the two, but it is up to you in order to make them fit, which could require drilling and cutting. Mud guards specifically molded for a 2017 Tacoma are preferred, as they will have a lower profile, making them less likely to get hung up or interfere with the wheel assembly. 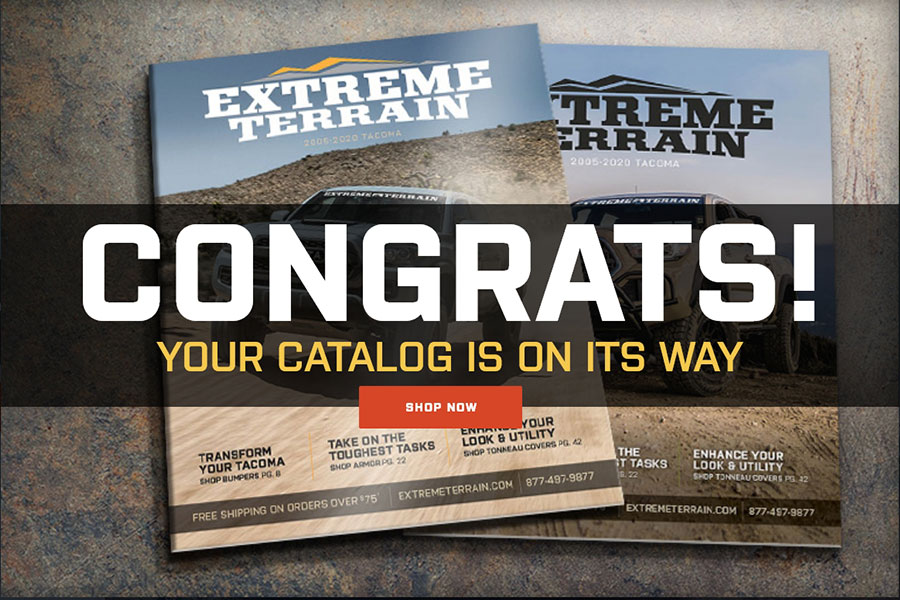